It was her freshman year at the University of Louisville. Caitlin was busy navigating and juggling the life of being a student and college athlete. When little did she know her future husband had just walked into her dorm room. There he stood, tall and handsome, among what would soon become their mutual friends. They were introduced, and instantly took notice of one another.

A friendship began to blossom between the two of them, and soon enough they both realized that their friendship was turning into something more. They began to navigate college life together. Now in May they will tie the knot and officially commit to navigating life as one.

Caitlin and Austin, I am so excited and honored to curate the day you make it official at the The Grand! Many thanks to Catherine Jones Kung for a fantastic job on hair and makeup! 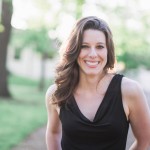